So, how much time does budget process really take? One of the metrics to measure it is called Budget Cycle Time. It is calculated as the time from the very beginning of a budget cycle till the end of it. According to The Hackett Group survey, a sad reality of this metrics it that on average companies spend 6 months on budgeting. Just think about it, it takes half of a year to come up with a plan for the whole year! That is why the main complain about the uselessness of budgeting is that it becomes obsolete from the moment it is completed.

At the same time, Top Performers can come up with a budget within 2-3 months, which is still quite a period of an intensive load of the resources of Financial Planning & Controlling Team.

APQC survey measures only the specific time organizations spend on the process from establishing budget objectives to delivering ready-to-use budget. Despite taking a different definition, like for the previous metrics, it takes two times longer for Bottom Performers to put Budget in place than for Top Performers. 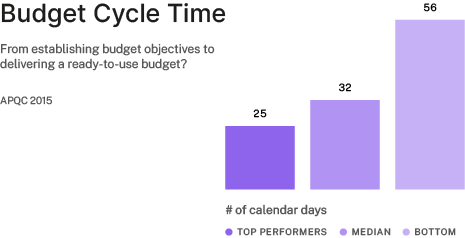 It is hard to believe it but Top Performers report to spend 25 days on average for the most active part of Budget Process – for them it is ready in 3.5 weeks! So, let us investigate how they do it and what are the main obstacles to remove for your Financial Planning & Controlling Team to get there.

The first obstacle has its roots in how Budget Process historically developed itself. Budget Process exists from the years 50-60s, to start with, and each decade had put something new on its plate. Especially in the last decade it became obvious that to serve global fast economy Budget Process have preserved a way too traditional look. Budget Process must change, says The Association for Financial Professionals.

Behind the name of Budget Process, today, quite often you will find: Strategic Planning, Target Setting, Incentives and Rewards Planning, Forecasting, Annual Planning, Scenario Planning & Analysis… There is also even a part of what is called Sales & Operations Plan could be covered under the name of Budget. By looking what really stands behind it, it is no wonder that this process takes 6 months!

Let us look at those hidden processes separately and identify their purpose. For example, Strategic Plan is a result of Strategic Choices company made for its business long term. Targets are representing those strategic Choices and that is why they are expected to come Top-Down. Target can be defined as what we want to happen while Annual Plan (which is the same as what we traditionally call 12 months Budget) – should be focused on how we allocate resources to make it happen. Being stuck with fixed or frozen yearly Budgets results into rigid resource allocation process. 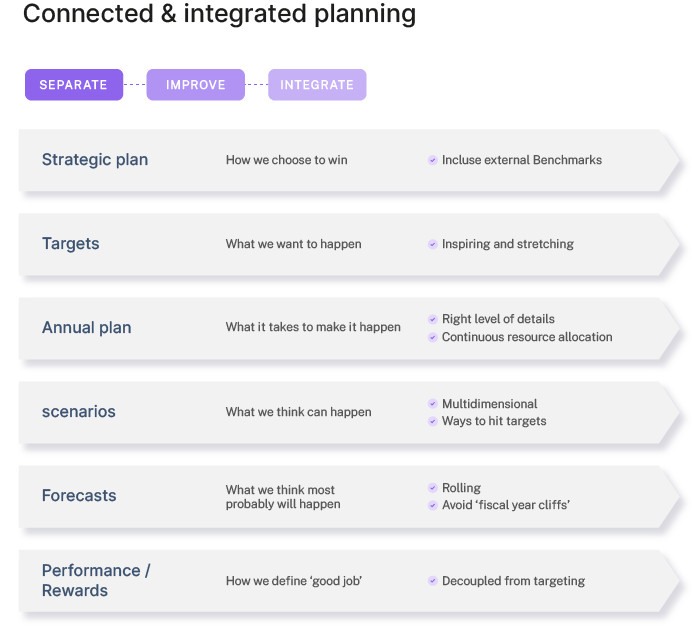 The first obstacle has its roots in how Budget Process historically developed itself. Budget Process exists from the years 50-60s, to start with, and each decade had put something new on its plate. Especially in the last decade it became obvious that to serve global fast economy Budget Process have preserved a way too traditional look. Budget Process must change, says The Association for Financial Professionals.

Behind the name of Budget Process, today, quite often you will find: Strategic Planning, Target Setting, Incentives and Rewards Planning, Forecasting, Annual Planning, Scenario Planning & Analysis… There is also even a part of what is called Sales & Operations Plan could be covered under the name of Budget. By looking what really stands behind it, it is no wonder that this process takes 6 months!

There is also usually not only one way to make it happen. That is where Scenario Planning comes in play. Scenarios could go beyond just best, worst and expected case but also, for example, represent different ways of reaching the same Target. In other words, what is your company’s Plan B if Plan A does not seem to work anymore? More on Scenario Planning in this Numlix article.

Forecasts represent what we think most probably will happen. In other words, Forecasts could be considered as the most probable Scenarios. Forecasting takes only those factors and events into the plan which are the most likely to happen, while other factors and events are analyzed only within Scenario Planning and will help the organization coordinating its efforts in case it happens.

There is an opinion that one of the reasons keeping traditional budgeting alive is that they are linked to incentives/individual rewards and bonuses. However, this link is always helpful. You would probably agree that a bonus is a way to say that a person did a good job to keep a person engaged and challenged. But, let say, business has shown 5% growth in sales this year while competitors only managed to get to 1% growth. If my target were to reach 10% Year-on-Year growth, I would probably not get a reward while in fact I could be doing a tremendous job. Motivating or not?

To overcome the obstacle of Budget Process Multifunctionality the first step is to look critically at all the activities which are packed into your company’s Budget Process and separate them from each other (because they serve quite often different purpose, and they are different plans!). After that, those processes could be improved one-by-one and finally integrated in one set of comprehensive planning processes.
So, what stands behind Budget Process in your company?

Obstacle #2 Too many Budget Iterations and “sandbagging”

It turns out that the most time of Budget Process is wasted on planning iterations and “sandbagging”.

This is how typically the process goes in many organizations. Budget starts by collecting spreadsheets from all the departments. Those spreadsheets are consolidated for Business-Unit management review. First Budget often comes surprisingly high and Business Unit management tries to guess how much “sandbagging” happened at the level of departments and stretches the amount. Same happens at the corporate level with usually 4 to 5 iterations before Budget is finally ready.

To set your way out of it as Financial Planning & Controlling Team instead of starting with Bottom-Up budget, try to work with Management Team on setting meaningful Targets Top Down and it can dramatically reduce the number of planning iterations.

Yes, Technology is the reason why Budget Process takes long. However, it should not be the main obstacle. No doubt that numerous Excel files, templates, different versions flying around are not helping to make Budget Process more efficient, especially if your company is actively growing, still overcoming obstacles #1 and #2 would better be Financial Planning & Controlling Team’s priority.

Budget Process as a “non-event”

Let us come back to those 25 days long Budget Process. How companies do that? Budget Process as a “non- event”? It turns out that it is not an overnight change. This change usually assumes that full planning landscape is organized in such a way that Budget Process is just a subset of 12 months Annual Plan coming out with no surprises. It requires for example an existence of Strategic Plan and Top-Down Target Setting process. It requires monthly revision of Sales & Operation Plan which would subsequently trigger a revision of Financial Rolling Forecast. With a length of 18 months such a forecast would become a solid basis for the next Financial Year Annual Plan.

For Financial Planning & Controlling Team it literally means a Budget Process as “non-event” and with no surprises because the plan has already been seen and discussed with management teams. In this set up Budget process would make sure we update resource allocation and apply one of the possible scenarios to make Target happen. In terms of budget timeline, the first week activities would typically include the confirmation of Top-Down Targets by management, during the week #2 business would focus on the fine-tuning of existing scenarios and estimate the impact on resource allocation for those 12 months of the next Financial Year. The third week would be about reviewing resource allocation plans and confirming it with management and week #4 is to be dedicated to finalizing and communicating Annual Plan across the organization. Incentive Plans, preferable decoupled from Targets, are defined and communicated as a separate step after Annual Planning is finished. 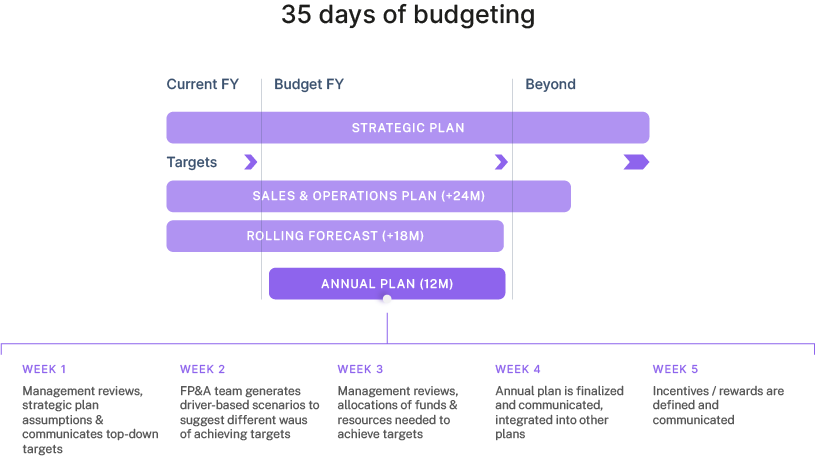 To make this timeline feasible organizations take actions first to overcome the three obstacles mentioned above including the installation of interactive and collaborative digital platforms to perform budgeting, planning & controlling. One of the benefits of doing it is that it will takes the process costs down. But how much does Budget Process Cost? According to the APQC study the total cost to perform Budget Process is one of the highest in Consumer Good Industry: it is estimated as 61 cents to 1 thousand of Revenue. The structure of Budget Process cost is also quite different for Top and Bottom performers. As for a study done by an independent researcher Forrester removing non-value-added activities from your planning process can result in a substantial amount of savings. Thus, 50% reduction (2700 h quarterly) in budgeting time equals on average to a 1.4m saving over 3 years.

Would like to learn more on how budgeting, planning, forecasting, scenario analysis and interactive data visualization can be implemented on one Connected Planning Digital Platform called Anaplan and how it can directly reduce time and cost of your budget process? Be our guest! Watch on-demand Numlix Webinar here. 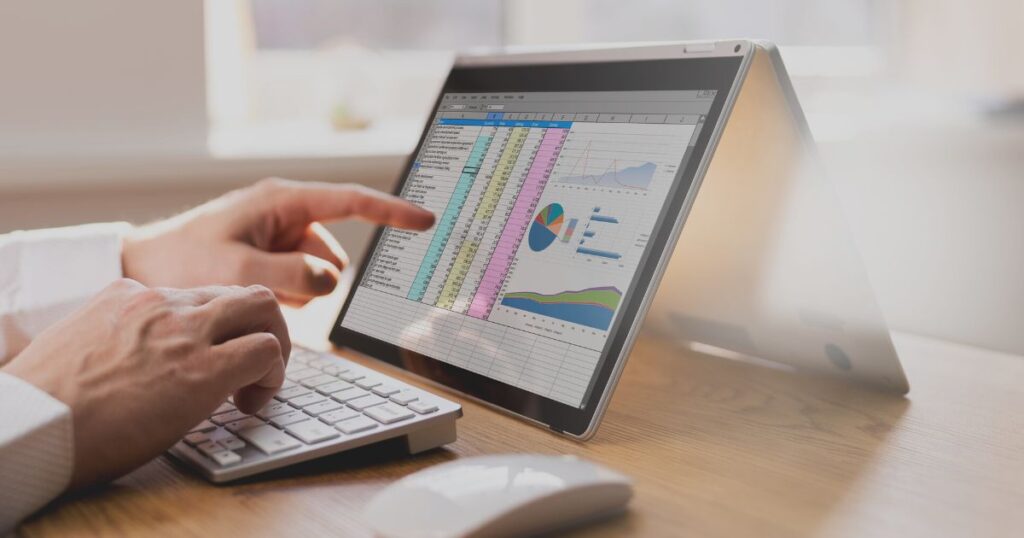 Spreadsheets is one of the most used tools for analyzing data. And even though it can be useful, it has its shortcomings. Want to overcome these? Then read along. 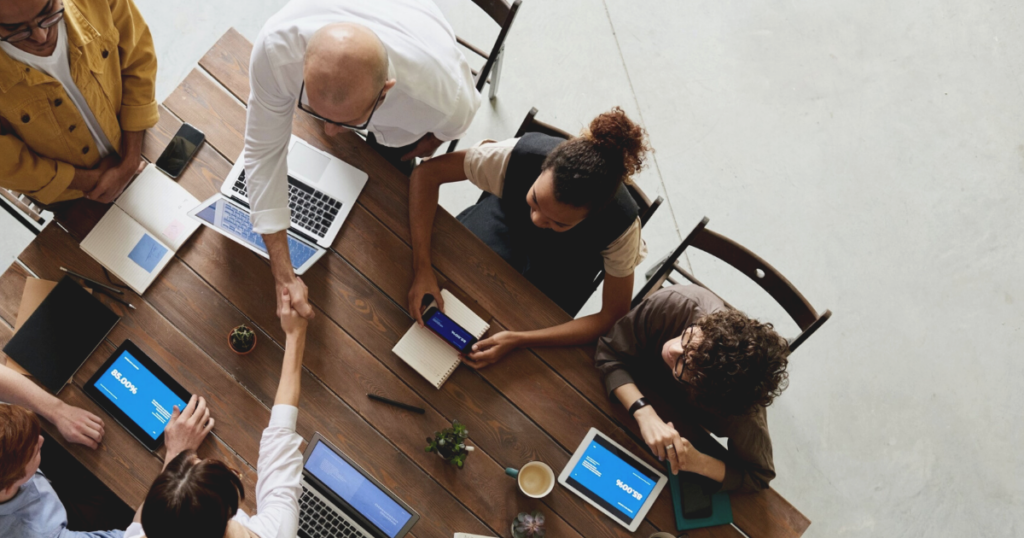 This is how we do it at Numlix

Find out the strenghts of Numlix and why you should team up with us. We can’t wait to work together! 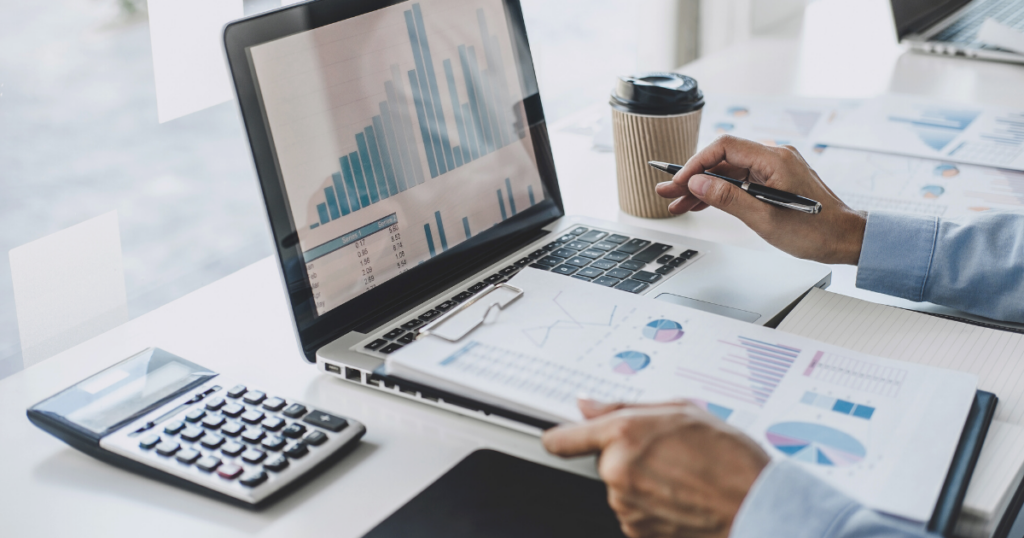 Webinar: How to make the right choice for your new FP&A tool?

Do you want to make the right choice for your new FP&A tooling? Then look no further and rewatch our newest session about picking tha appropriate tool!